"As if, with belief, we might achieve anything": from doubters to believers 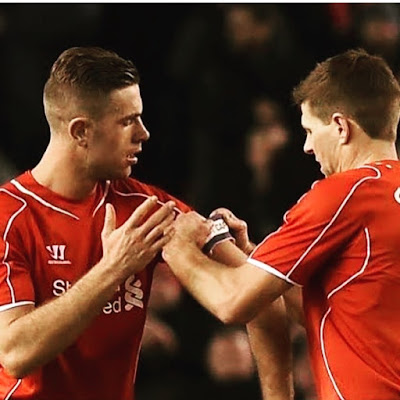 Prior to this season’s emphatic campaign, Liverpool last won a title when I was five years old. Like many, I’m still processing the complex emotions associated with season after season of hope, belief, despair, frustration, vindication and determination that now, finally, have lead to the prize that has so long eluded a club built on winning in the decades leading up to my birth. From the outside, football can be — like so many things — caricatured, misunderstood, and easily dismissed. But it remains a guiding passion for many precisely because its twists and turns, tragedies and euphorias, reflect the human dramas of our own lives. As Bill Shankly quipped: football is not a matter of life and death; it is much more important than that. No one right now will understand that more than the two Liverpool captains pictured here. Steven Gerrard is a Liverpool legend for so many reasons: his devotion to his boyhood club despite the lure of silverware at other clubs through the 2000s and 2010s is exemplary in an era often defined by big money transfers and a lack of allegiance. Through grit and leadership, he dragged various sides to improbable victories, none more so than the European Cup in 2005, a night in Istanbul that remains the greatest Champions League final in history. But when he left Liverpool, the Premier League title famously remained the major prize beyond his grasp. He passed the captain’s armband to Jordan Henderson, a player who joined the Reds in 2011 and who, despite his athleticism, work rate and dogged commitment, was not always given the credit due in the years that followed. How times have changed. Now Henderson has grown into a fiercely disciplined and formidable midfielder, calm and collected. Until his interview on the eve of Liverpool’s title clincher last Thursday, of course. The tears and raw emotion showed how much it meant to him, and his understanding, alongside the fans, Stevie G and all those who identify as Reds, that this is a moment of incredible relief as much as giddy joy. My poem ‘Steven Gerrard’, below, is taken from the collection Way More Than Luck (Seren Books, 2018): “as if, with belief, we might achieve anything". YNWA 🔴 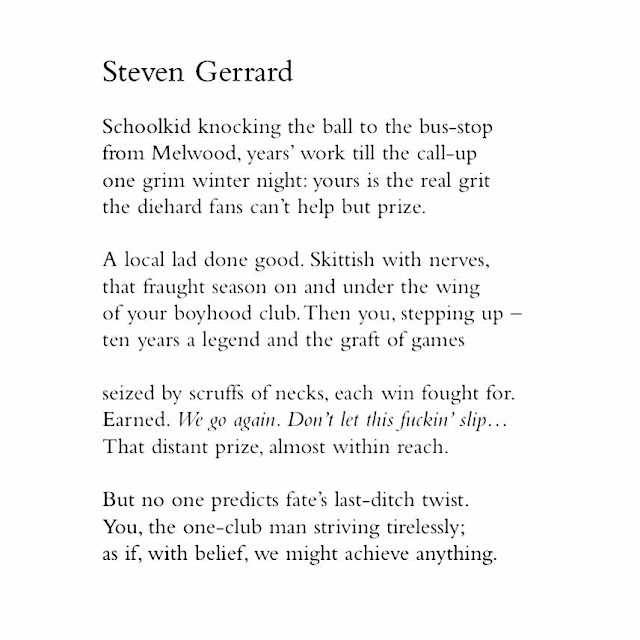