Dream Testicles and Memphis Guilt:
a review of books by Mark Strand and Don Share

Mark Strand cuts a persistent figure in post-war American poetry, somewhere between its ageing Buddy Holly and its benign – if somewhat sinister – grandfather. His first books, published in the late 60s, marked him out as a connoisseur of concision, approaching stock themes of absence and negation through a blend of realism and surrealist imagery, and a dark humour that steered feeling clear of sentiment. Since then, his poetry has continued to mine that metaphysical seam, though the early dash and vigour have eased, as if our poet had mellowed with age. All of which wouldn’t be a problem, if the poetry hadn’t also gradually slackened. Almost Invisible, Strand’s thirteenth collection and one that consists entirely of riddling prose poems (the man himself won’t deign to give them that dubious classification, though it’s really the only halfway useful one), is, if nothing else, evidence of the teetering line between good and bad poetry. Every poem’s success hangs in a fine linguistic balancing act: a fact that poets forget at their own peril.

The book opens promisingly enough. ‘A Banker in the Brothel of Blind Women’ is a parable of sorts, telling the tale of a deceived and deceiving suit who poses as a shepherd: 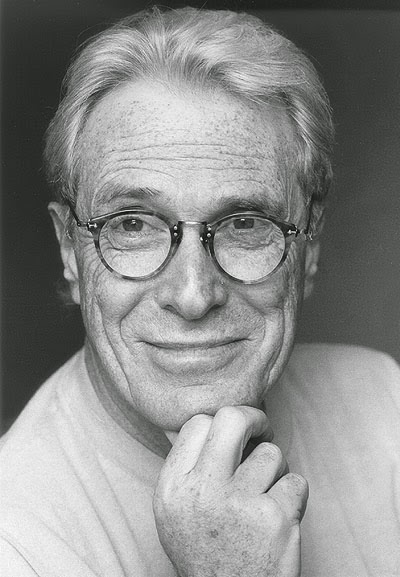 Extending Strand’s time-honoured obsession with selfhood and the social masks we wear, this piece offsets philosophical solemnity with a dry and ready wit. Identity’s hall-of-mirrors is not dissimilarly dissected in ‘Harmony in the Boudoir’, a comic foray into intimacy that sees a man pompously declaring his unknowable “true self” to his partner. That he is brilliantly described doing so while “kicking off his slippers”, only to find his beloved gently mocking his overblown confessions, is a comic masterstroke, not to mention tonally spot on. “Oh you silly man”, taunts his wife: “That you barely exist as you are couldn’t please me more.”

Sadly, most of the rest of Almost Invisible is far from pitch-perfect. So far, in fact, you half suspect its obviously gifted author must be playing tone deaf. Things take a decisive turn for the worst with the tritely mystical ‘The Students of the Ineffable’, thirteen lines of hollow prose that, for me, are more than effable, but we’ll keep this above the belt. Which is more than can be said for Strand: ‘Dream Testicles, Vanished Vaginas’, a squib every bit as bad as its title implies, is worse still. Fantasy it may be, but you surely have to suspend more than disbelief to think of genitals as “open, honest, and energetic”. Or, better yet, “forthright and gifted”. The portentous tone may disguise the fact it’s obviously a joke, but either way it’s an exceptionally weak one, and represents a low point in the kind of lazy surrealism that’s been exported and – regrettably – far-too-readily embraced on this side of the Atlantic. A sickly blend of faux naivety and smug knowingness, it’s the tacked-on mock profundity that rankles most; one the reader knows as well as the poet is nothing but an emotional and intellectual cul-de-sac. Or maybe it’s just the thought of “testicles … swinging dreamily among the clouds like little chandeliers” that makes you want to reach for your gun.

That said, Almost Invisible is not without occasional charm. A handful of lapidary gems surface: the desperation and willed detachment evoked by ‘Clear in the September Light’; the haunting dream-world conjured by ‘The Mysterious Arrival of an Unusual Letter’; the misguided wishful-thinking of ‘Once Upon a Cold November Morning’. But much here is no more than bogusly gnomic and flippantly inconsequential stuff; so much so you begin to wish, unkindly, that Strand had more often kept in mind the title of one particular poem: ‘An Event About Which No More Need Be Said’. Applying such wisdom to many of the alternately windy, dull and irritating musings collected here would surely have made Almost Invisible a better book – or, failing that, a shorter one. The poem in question? Something about a mysterious prince showing off his malformed penis in the back of a cab. Taxi!

Don Share is best known on these shores as the editor of Poetry, a US monthly and for many, the English-speaking world’s leading poetry magazine. On the back cover of his first collection, Union, which Eyewear Publishing have cannily republished as an introduction to Share’s work for us Brits, he grins from his author mugshot as if he didn’t receive more poetry-as-electronic-gunk jamming his inbox each day than any other person on the planet, and all credit to him for it. If Union is anything to go by, for Share, life and poetry aspire to be guided by our most generous instincts – or at least should. His often single-stanza, rhythmically dexterous narrative poems delight in the particularities, peculiarities and cultural loam of modern life – childhood is remembered as “condensed milk, the family Bible, / savings passbooks, Nero Wolfe and Mickey Spillane paperbacks” – while also striving to make sense of it, in the context of histories both personal and public. In the same poem, ‘Signals Over Hill’, the speaker reflects how “roots are, themselves, a form of rootlessness”. 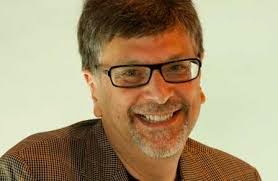 It’s an idea that directs much of this earthy, hard-thinking, undeceived yet hopeful book, from poems that tell of personal grief and marital separation such as ‘Sweet Life’, a lament for the “self-love” that promises false happiness in “any place we never lived”, to those that plumb the abject depths of the American Civil War, and the former slave state of Tennessee where Share grew up. “We fought America in ourselves”, declares ‘Dilemma’, echoing the title poem’s fractured blues song: “Memphis was born / from abolished ruins // Memphis forgot / that Memphis is guilt”. Pitched against this is a kind of spiritual faith, a cautious belief in meliorism, and a sense of absolute unity to be had in commune with the natural world. You can forgive the occasionally affected and anachronistic tone of piety in certain pieces, if only for the genuine way Share recognises, and evokes the fact, that pain is always part of our contentment:


So summer’s last leaves blow
banded in the paling sunlight,
and as the weather turns just now
too cool to stay outside,

all our affairs soften
into the collected past,
the honey all gone
from hives closed by winter’s reach

and I reject happiness in order,
precisely in order, to remember it.


Though portentousness may occasionally get the better of it, Union is a big-hearted and reassuringly human collection of poems, and one that’s not without humour. I’d certainly take it over much of the arch clever-clever masquerading as poetry that’s out there just now. Like the portrait of his father-in-law in ‘Spiritual’, the kind of man who “always shook you by the hand / and gave you every drop of wisdom he ever had”, it suggests Share as the sort of poet of which we can sometimes seem in short supply.

this review first appeared in The Poetry Review