Next Generation Poets 2014 In Focus:
#4 Sam Willetts's New Light for the Old Dark

September 18, 2014
With the Poetry Book Society's Next Generation Poets 2014 list landed, announcing 20 new voices who're lighting up the British poetry scene right now, I thought I'd have a rummage around the Wasteland archives, and revisit those few reviews of their first books I scribbled, invariably published in the Times Literary Supplement, The Guardian, or elsewhere. Today it's Sam Willetts, and his debut collection New Light for the Old Dark. 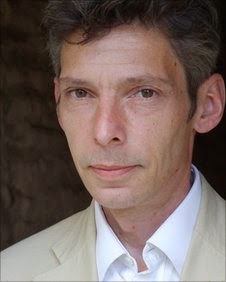 It is an audacious move for a poet to include a poem titled “Digging” in his first collection.

Fortunately, the similarities between Seamus Heaney’s celebrated meditation on work, identity and tradition and Sam Willetts’s vivid portrayal of heroin addiction and recovery end there. Willetts’s “Digging” concerns the junkie’s search for a vein, the “lantern-show flicker of tail-chasing, nameless days // spent waiting, cheating, waiting”, before “the waking-up to all that’s lost”. It’s a remarkable poem, owing to the manner in which the subject matter is handled - jangling rhythms and vivifying phrasing - and not merely the subject itself. Poignant firsthand experiences never guarantee good literature: many a misery memoir testifies to that. Yet the blurb for New Light for the Old Dark is keen to draw attention to the autobiographical nature of Willetts’s material. More should be made of his descriptive finesse, plain yet telling observation, and ability to transform despair into affirmative revelation.

Aside from the harrowing world of drug dealers and addicts, this volume contains poems on complex personal relationships, Willetts’s mother’s escape from the Nazis in Poland, and much fraught foreign travel. “Tourist” in particular successfully combines these themes, depicting the poet’s visit to Warsaw in pursuit of a fuller understanding of his mother’s history. Here, a failure to find answers leads “back to tourism” and the effacing effects of development, where “huge cranes were moving, courtly, confident, / building another new Warsaw”. This sense of erasure - the past collapsing before we can truly come to terms with it - is central to Willetts’s work. It pervades poems addressing twentieth-century horrors (in “August 9th”, the atomic bomb is seen “blowing out the walls and windows of history”), as it also filters into quieter pieces such as “Honest John”, where the poet John Clare, exhausted and delusional, keeps “walking back to what does not exist”.

Yet, for all the isolation and darkness, the strength of Willetts’s poems stems from their uncovering hope and beauty in unexpected places. “Starlings” sees “a vast / reach of birds” as “the opening and closing of a hand”, while the anchor in an unusual riddle poem is beautifully envisioned: “best man / in the wedding of the sailor / to the sea”. At times syntactically clumsy and given to overreaching for effect, Willetts’s work is not without faults. But New Light for the Old Dark introduces a poet of compelling talents, whose best work is both affecting and cerebral.

You can find out more about Sam Willetts and his work here.