September 12, 2014
With the Poetry Book Society's Next Generation Poets 2014 list landed, announcing 20 new voices who're lighting up the British poetry scene right now, I thought I'd have a rummage around the Wasteland archives, and revisit those few reviews of their first books I scribbled, invariably published in the Times Literary Supplement, The Guardian, or elsewhere. Today it's Alan Gillis, and his third collection Here Comes the Night. 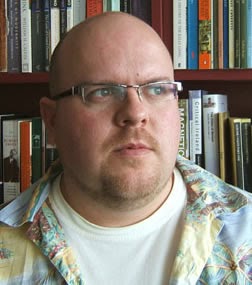 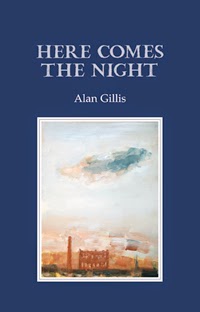 Alan Gillis’s third collection, Here Comes the Night, borrows its title from a song by the 1960s rock band Them: an upbeat, breezy pop tune that masks a lyrical tale of loneliness and unrequited love. It is a fitting anthem for a book of poems whose bounding rhythms, fizzy slang and runaway clauses waver between melancholy and contentment, typically when the poet loses himself amid the bustle and blur of modern city life. Formal yet freewheeling, mixing descriptive detail with breakneck pace, most of Gillis’s poems run to several pages: the opening piece, “Down Through Dark and Emptying Streets”, kicks off unpromisingly with its references to Google, Facebook and MySpace, but its cinematic sweep develops over twenty quatrains into an unnerving appraisal of the virtual world and memory’s corridors. As with Gillis’s last collection, Hawks and Doves, MacNeice often seems the presiding influence: from the “going here, going there, getting nowhere” of “Rush Hour”, where “traffic passes like money”, to the grievous excesses and grim characters of the title poem’s sprawling dreamscape; from the jump cuts of “Everyone a Stranger” with its odd mixture of the sinister and absurd, to the vision of Death as a loan shark in “The Debt Collector”, which views life through the lens of financial crisis.

Yet, while the thematic scope of certain poems justifies their length, others read as rambling bids for a significance they fail to deliver. “Looking Forward to Leave” convincingly adopts the voice of a female army cadet, skilfully segueing from the clarity of childhood to the confusions of war, but pieces such as “On Cloughey Beach”, though not without descriptive flair, lack both impetus and focus. Such misfires would be less frustrating if they came from a poet of less ample talents. What impresses most about Here Comes the Night is its capaciousness and inclusiveness. Lovers, police officers, gangsters; cyclists, revellers, soldiers and shelf-stackers: not many collections of verse nowadays are crowded with so many characters, while fewer still depict and inhabit them so fully, or so funnily. The book is too long by far: two protracted sonnet sequences pad it out to nearly 100 pages. But it also contains some highly memorable poems - not least the ambitious “On a Cold Evening in Edinburgh”, which bites and stings in the way Kafka recommended - leaving the lasting impression of a poet of invention and verve.

You can find out more about Alan Gillis and his work here.