'The Next Big Thing' 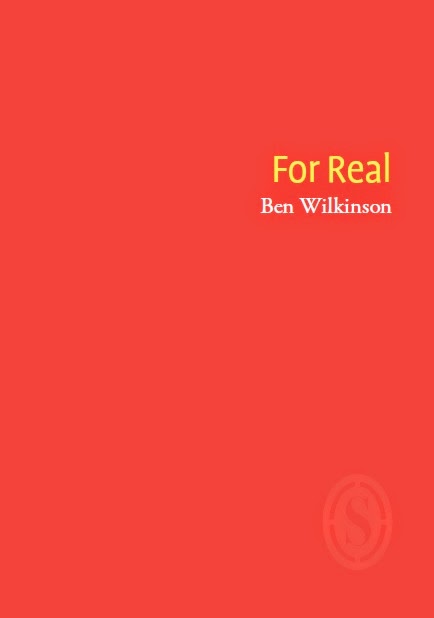 About a year ago, Emily Berry kindly invited me to take part in 'The Next Big Thing', a series of interview-type things about new writing projects. You can find out more about her book of poems, Dear Boy, published by Faber and winner of the Forward Prize for Best First Collection, here.

Back in 2013 I didn't have much to crow about, but since then I was lucky enough to win the Poetry Business Competition, judged by Carol Ann Duffy, for my second pamphlet of poems, For Real, which is due out this Saturday (31 May 2014). So I guess now that I do, a reprise of sorts is in order. Here's the lowdown.


What is the working title of your book?

My second pamphlet of poems, out this month, will be called For Real.

Where did the idea for the book come from?

It’s a short book of poems, so there isn’t the one idea as such. A lot of the poems riff on personal experience – relationship break-ups, travel, clinical depression, falling in love, and a lifelong passion for Liverpool Football Club – but these are often glimpsed through the kaleidoscope of dreams and the imagination. I was after emotional truth in these poems, not documentary truth. Truths I hope anyone can recognise, rather than the illusion of a reliable account. I suppose I’m really interested in different ways of seeing. Paul Farley saw fit to describe these poems as moving between the ‘filmic, phantasmagorical and super-realist’. I’ll go with that.

What genre does your book fall under?


Which actors would you choose to play your characters in a movie rendition?

A fair few of these poems verge on something like Hitchcockian nightmare, but I’d rather not choose Cary Grant – or Anthony Perkins for obvious reasons! One of the book’s epigraphs does come from Shadowlands, though, a biographical film about C. S. Lewis and his life-changing love for the American poet Joy Davidman, in which the former is played by Anthony Hopkins. It’s a movie that gives a fictive but deeply moving version of a real-life story, and one that’s close to my heart. So he might be the right man for the job. Plus, Debra Winger is brilliant as Davidman – powerful, witty, and as emotionally intelligent as she is intellectually smart.


What is the one-sentence synopsis of your book?

Happiness sneaks in through a door you didn’t know you left open.


Will your book be self-published or represented by an agency?

It has just been published by Smith|Doorstop Books.


How long did it take you to write the first draft of your manuscript?

The earliest poems in the book were written around six years ago, the most recent about three months ago.


What other books would you compare this story to within your genre?

In terms of poetry, I’d say among others that Louis MacNeice, William Matthews, Michael Donaghy, Carol Ann Duffy, Don Paterson and Glyn Maxwell have all found their way, in varying degrees, into my writing. But I’m not sure a writer’s ever in the best position to work out how visible or significant their influences are. Outside of the genre, in recent years I’ve found the prose of David Foster Wallace, James Lasdun’s short fiction, and Andre Agassi’s candid autobiography Open have all stayed with me.


Who or what inspired you to write this book?

Sheffield pubs; journeys in torrential rain; football; power-cuts; fishing; the Peak District; the animal ‘Other’; life, love and all that jazz.


What else about your book might pique the reader’s interest?

It’s cover is in the red of Liverpool FC’s home strip and a central poem, ‘This is Anfield’, takes as its starting point my memories of the first game I saw as a young lad. What d’ya mean, you couldn’t care less about football? Okay, there’s a poem that debunks a myth about chameleons and their colour-changing habits. Oh, and a couple of translations after Paul Verlaine and Eugenio Montale, if that’s your thing.

The writers below are working on (or have just published) some pretty spectacular things that you’ll be able to read about soon:


Message for tagged authors: Rules of ‘The Next Big Thing’
***Use this format for your post
***Answer the ten questions about your current work in progress
***Tag four other writers/bloggers and add their links so we can hop over and meet them.