"I stand still most of the time / and let the words do the talking", confesses a soul singer in a poem from Hugo Williams's 11th collection, I Knew the Bride. "I might throw out an arm if the mood takes me, / or place one hand on my heart." Darting between authentic feeling, artistic integrity and the flourish of the born performer, it is a striking dramatic monologue, all the more so for being an act of ventriloquism. Poetry of the subtle yet resonant gesture, after all, has long been Williams's speciality. Free from the smokescreen of showiness and the obscure erudition favoured by some, his poems are risky in the real and rarest way – chancing sentimentality and the plainness of being understood. They work to make emotional intelligence appear effortless, rarely ignoring the presence of the readers. "Can you hear me singing?" asks our poet, sound-checking on the mike. Williams's voice might seem quiet amid the babble of the contemporary, but it makes him all the more worth listening to. 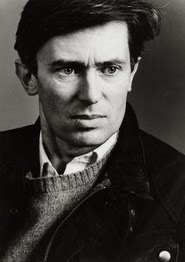 Alongside a schoolboy habit of letter-writing and a first encounter with the work of Thom Gunn, Williams's love of poetry developed out of a passion for pop music. His early poems often pinched their titles from songs – his third book, 1975's Some Sweet Day, borrows its name from an Everly Brothers number. I Knew the Bride continues that tradition in recalling Nick Lowe's rockabilly tune, while also rehearsing and reinvigorating some of the hallmark styles and themes with which admirers of Williams's writing will be acquainted. Like his most celebrated volume, the TS Eliot prize-winning Billy's Rain (1999), this latest collection scrutinises absence, missed opportunities, regret and the little dramas of ordinary lives, often with the subtle music and candid tone of the self-mocking charmer. "I feel obliged to side with myself / to make it all more fair" resolves the opener "New Year Poem", while a characteristically playful love letter winks: "I agree with everything you say / when you trample a wisp / ofcotton underfoot / and look at me like that."

Although Williams's poems are piercingly inquiring, of himself and of others, they also look to disarm life's pain – to make it bearable by poking fun, in that quintessentially English manner. As in earlier books, theatrical devices crop up again and again. "A Boy Call" sees the poet as a youngster at Eton, ordered to do the charleston by a prefect; "Actaeon" finds him older but none the wiser, stumbling on a stage populated by his ex-girlfriends, leaving him "dogged by indecision and regret". When life isn't framed as an improvised performance, it is often seen as a game with serious consequences: in "Eucalyptus", an all-too-familiar party piece is "a brave new form / of entertainment", "the idea being / to do whatever you want, / then describe your feelings afterwards". Fun it might be, but Williams knows that "what happens next can be dangerous". The collection's title poem, a touching tribute to his late sister and her fierce battle with cancer, recalls how "you fought a five-year war / with that foul thing / which deals in hope and fear, / two against one / like the two brothers who tormented you". Setting a plain style against a musical score of fricatives and plosives, the poem blends frankness with the gentle comedy of childhood memories, to quietly devastating effect. 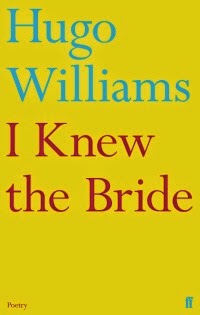 In fact, reading I Knew the Bride, I began to wonder why Williams isn't a genuinely popular poet, with a much wider audience. His work is darkly funny, very readable, readily comprehensible and, most important, humane and moving. The critical flak he has taken at times is pretty dismaying too, though if dismissing tonal ease, deceptive simplicity and pitch-perfect tragicomedy as mere "charm" and "style" doesn't stink of jealousy, I don't know what does. That said, when Williams's poems fail to reach beyond their surface themes, there is a two-dimensional and overdramatised quality that can grate. There are a handful of such poems here, including a serio-comic villanelle ruined by a dud rhyme on "detumescence". But that probably says more about the shortcomings of that particular form.

For the most part, though, I Knew the Bride is surely Williams's most accomplished and memorable collection to date. Not only for the haunting, lapidary "The Bar in the Wood", where time's passing is conjured with terrifying understatement. Or for the exquisite "Garments", which finds childhood in an "old trunk" of colourful clothes, now "I live in a black house". It is more to do with the closing sequence, "From the Dialysis Ward", a reading experience that is difficult to convey, and for which the critic's blunt tools must be set aside. Documenting Williams's harrowing experience of ongoing hospital treatment, the writing is resonant and heart-stopping, as the poet's typically dandyish wit and charisma fight for ground against fear, pain, and growing uncertainty. "Send me a poem, God", asks the final poem. "If you've got nothing better, / sling me a wrong one / that'll make me laugh / then take off into the blue." It confirms Williams as a poet of profound existential concerns, but one who talks levelly about life, love and death, from one solar plexus to another. He is currently one of the best poets we have.