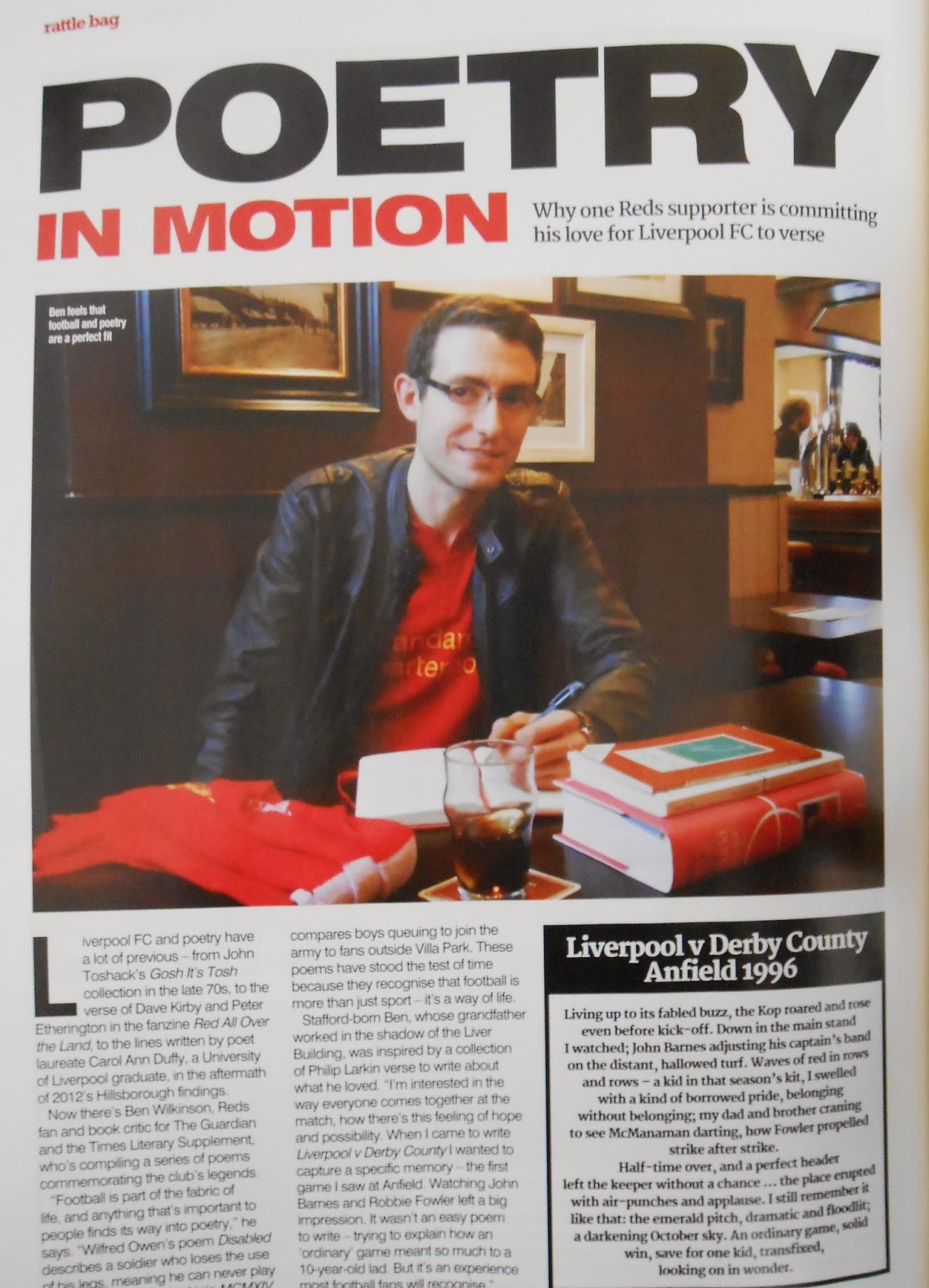 Liverpool FC and poetry have a lot of previous – from John Toshack’s Gosh It’s Tosh collection in the late 70s, to the verse of Dave Kirby and Peter Etherington in the fanzine Red All Over the Land, to the lines written by poet laureate Carol Ann Duffy, a University of Liverpool graduate, in the aftermath of 2012’s Hillsborough findings. Now there’s Ben Wilkinson, Reds fan and book critic for The Guardian and the Times Literary Supplement, who’s compiling a series of poems commemorating the club’s legends. “Football is part of the fabric of life, and anything that’s important to people finds its way into poetry,” he says. “Wilfred Owen’s poem 'Disabled' describes a soldier who loses the use of his legs, meaning he can never play football again. Philip Larkin’s 'MCMXIV' compares boys queuing to join the army to fans outside Villa Park. These poems have stood the test of time because they recognise that football is more than just sport – it’s a way of life.”

Stafford-born Ben, whose grandfather worked in the shadow of the Liver Building, was inspired by a collection of Philip Larkin verse to write about what he loved. “I’m interested in the way everyone comes together at the match, how there’s this feeling of hope and possibility. When I came to write 'Liverpool v Derby County' I wanted to capture a specific memory – the first game I saw at Anfield. Watching John Barnes and Robbie Fowler left a big impression. It wasn’t an easy poem to write – trying to explain how an ‘ordinary’ game meant so much to a 10-year-old lad. But it’s an experience most football fans will recognise.” 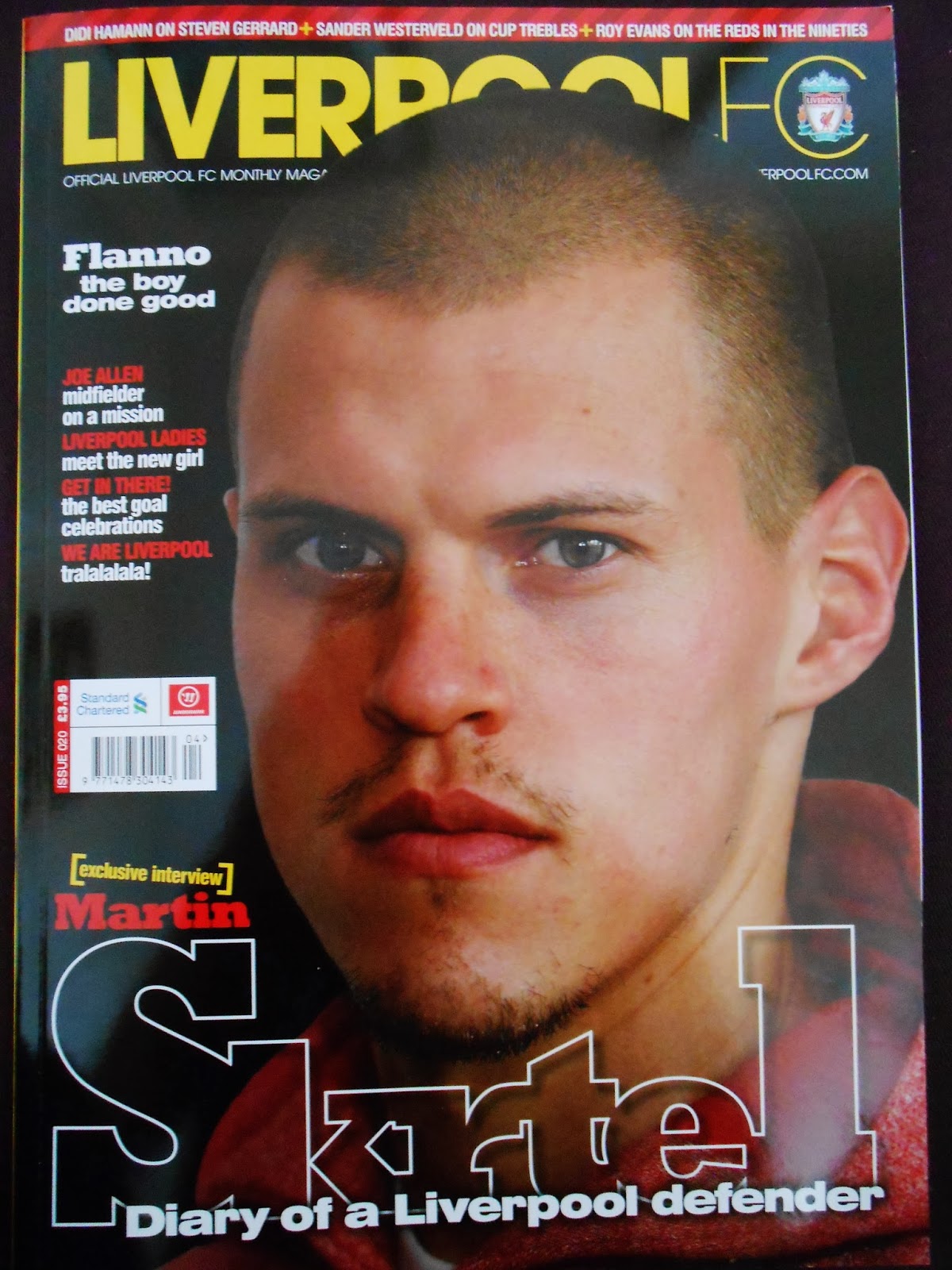