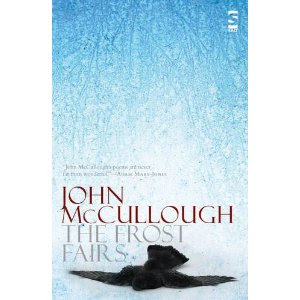 John McCullough's debut collection introduces a writer acutely aware of poetry's transformative power, its ability to question assumptions and subtly shift perspective. His musical work offers up an array of voices – speaking statues, spoons in a drawer, men sent to bed for a year "trialling pills for weightless conditions" – sometimes playing for laughs, but always thoughtful and touching. It also adopts various styles: from the sensuous lyricism of "The Light of Venus", which views love through the lens of astrophysics, to the witty chit-chat of "The Long Mile", drawing on Thom Gunn's brilliant "Night Taxi" in its cab driver persona while veering into weirder territory. Gunn can often seem the presiding influence here: sharp yet compassionate, formal yet nimble, the poems glitter with slang and modern culture while maintaining an engaging seriousness. Energy and abundance aside, though, it is the dark, quietly attentive poems that impress most, like the fallen jackdaw in one poem, "its neck twisted as though broken / from straining to see the incredible."