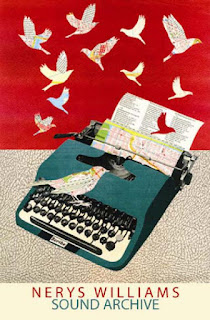 "How to sing the texture of hair / drying near fire on a winter's night?" asks the narrator of "Shopkeeper's Song", one of several playfully serious meditations in this curious collection. A former sound librarian, Nerys Williams brings precision, scrutiny and colourful synaesthesia to her terse, contemplative poems: "my favourite perfume was a room of laughter" states the poet in "Aurascope", while words are put under the knife in "An Anatomy of Arguments"; "edges so fine their chords fray into light". Surreal imagery abounds, heightening the poems' examinations of the blurring between reality and illusion, truth and deception: Dublin's "Dead Zoo" of stuffed animals becomes an unlikely metaphor for the forgotten "unreleased singles and demos" that John Peel once championed, now there's "nothing left but teenage kicks". Throughout, Williams curates this mixture of jokey vernacular and high seriousness with varied success. Unsurprisingly, there is also a frequent fascination with lists and catalogues: in "Marilyn's Auction House", the larger-than-life cultural icon is reduced to an itemisation of her surviving possessions. It all makes for an unusually distinctive debut although, in its peculiar blend of exactitude and obfuscation, Sound Archive has a slightly medicinal flavour. 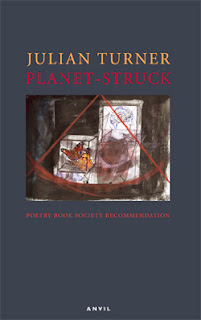 The poems in Turner's third collection strike an eerie, haunting note: brimful of spooks, spirits and the seemingly mysterious movements of the elements. Reading them is often to sense a looming presence, glimpsed beyond the poems' shadowy edges. Alongside a measured musicality and lively language, a loose formality and anachronistic tone mark Turner's style. At best, this marries past and present with aplomb: several poems explore how knowledge brings its own fears through the terror of the possible. At worst, the poems overreach for effect. They are better when Turner finds a crossover between seemingly incompatible topics: the jetstream in one poem transformed into a deity of sorts, merging science with religion. But the triumph of Planet-Struck is the long poem "From The Arcades Project" which, in its refreshingly moral stance, addresses the warped ethics that money both engenders and disguises. Like much of this laudable collection, it digs deep beneath surface façades to find, as one poem has it, "all monsters that we nurture with our thought".