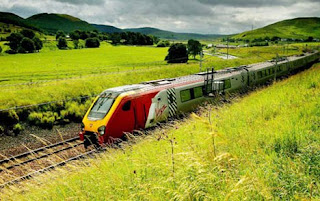 The Forward Prizes, now in their twentieth year, are usually the source of much discussion and contention in poetry circles; or at least, the shortlists are. Will the main prize, for best collection of the year, exclusively round up the usual heavyweight suspects, or will it count a couple of unexpected books from lesser-known poets in its ranks? Will it be a commercial press shoo-in, or feature collections put out by hardworking smaller presses? Will the categories of best first collection and best poem introduce 'the next big thing'?

Looking at this year's lists, anyone inclined to grumble about the usual main prize shortlist almost always consisting of established, white, predominantly male voices won't be acting unreasonably; in this year's shortlist of Burnside, Harsent, Hill, Longley, Nurkse & O'Brien, we even have one populated entirely by blokes. Sarah Crown raises some interesting points about that here; doubtless this year's judges (three women & two men) acted in good faith, looking for (and, from those I've read, I'd say finding) the best collections regardless of their author's gender, but that can't explain away the fact that in the twenty year history of the prize, only three women have won in the Best Collection category. After all, if year on year judges are guided solely by the criteria of what they view to be the best poetry, and given that as many, if not more, women as men write the stuff seriously, probability would suggest that we really shouldn't end up with a distorted long-term outcome like that. Should we?

Pleasantly, at least, the Best First Collection category has seen this year's judges (Andrew Motion as chair, joined by Fiona Sampson, poet and teacher Leonie Rushforth, author Lady Antonia Fraser and journalist Sameer Rahim) ending up with a shortlist that represents a more diverse bunch, with collections from publishers Carcanet, CB Editions, Picador, Bloodaxe & two from Seren. I haven't read all of these, and hadn't heard of Nancy Gaffield's Tokaido Road until I saw the shortlist, but from those I have, it seems like a strong and fairly diverse grouping. Both Rachael Boast's Sidereal and John Whale's Waterloo Teeth are excellent debuts; smart, assured, distinctive and memorable. If you were to buy just one book from the shortlist, I'd strongly recommend either, though Boast's in particular - a sampler poem can be found on the Guardian website.

As to the Best Single Poem category, only four shortlistees this year, and all established poets, so no promise of bringing a new talent to a wider audience as the 2004 prize did, going to what would become the title poem of Daljit Nagra's bestselling first volume, Look We Have Coming to Dover. But then it's only the absolute quality of the poem that does and should matter here, and Alan Jenkin's "Southern Rail (The Four Students)" is a masterful, moving, devastating and wholly incisive poem that fully deserves to take the prize I think.

The three shortlists are as follows - my money's on Geoffrey Hill, Ahren Warner, & Alan Jenkins - and the winners will be announced, as ever, at a ceremony in London on the eve of National Poetry Day in October.


The Forward Prize for Best Collection

£10,000 – sponsored by the Forward Arts Foundation

£5,000 – sponsored by Felix Dennis and the Forward Arts Foundation

£1,000 – sponsored by the Forward Arts Foundation