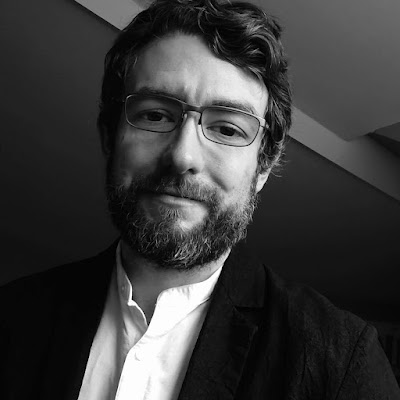 Welcome to the website of the English poet and critic, Ben Wilkinson.
Ben is part of a younger generation of British poets who emerged in the 2000s. His poems tackle themes including identity, social class, mental health and sport, in clearly voiced, accessible poems written out of the landscape of the North. He has lived in Sheffield for most of his life, and the city's rural and post-industrial landscapes often feature in his writing.

Ben attended a state school and was the first of his family to go to university, receiving his first degree from the University of Sheffield. He holds an MA in Writing and a PhD in English Literature from Sheffield Hallam University. He has won numerous awards for his poetry, including the Poetry Business International Book & Pamphlet Competition and a Northern Writers Award. His poems frequently appear in many publications, including The Guardian, New Statesman, The Poetry Review, The Rialto, The Spectator, and the TLS.

With Kim Moore and Paul Deaton, he edited the anthology The Result is What You See Today: Poems About Running (smith|doorstop, 2019), endorsed by Jo Pavey MBE.
As scholar and critic, he is also author of the first comprehensive reader's guide to the poetry of Don Paterson (Liverpool University Press, 2021).

He is a keen distance runner, lifelong Liverpool Football Club fan, and among other things he has worked as a freelance poetry critic for The Guardian and other publications for over a decade. You can find many of his reviews on this site.

To contact Ben about readings, workshops and commissions, you can drop him a line via DM on Twitter. Unfortunately, Ben is not able to consider unsolicited requests from publishers or authors for book reviews.

You can find Ben's author profile on Goodreads here.