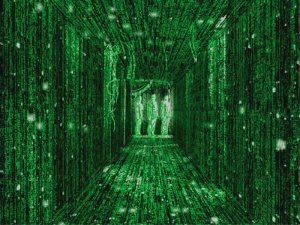 In certain quarters of the poetry world, there can be a certain snobbery surrounding publication online - one that maintains that print literary magazines are usually better than online journals. This argument is usually based on the idea that many (though certainly not all) established poets only send their work to print publications, and so the best quality work ends up being published in them, especially given the added incentive that the bigger players pay for poems: Poetry Review, The London Review of Books, the TLS and so on.

Though not entirely untrue, fortunately this is only part of the bigger picture, as a number of online poetry and literary magazines in the UK and further afield are growing in considerable authority. These include the likes of Salt Publishing's Horizon, edited by Jane Holland; Blackbox Manifold, edited by Adam Piette and Alex Houen at the University of Sheffield; the longstanding Jacket magazine, and those print journals which also publish much of the material from their issues online, most notably the American magazines AGNI and Poetry. A few UK print journals could learn a thing or two from the latter, and of the former UK online publications, work by Paul Muldoon, Michael Schmidt, George Szirtes, Fiona Sampson and Vona Groarke have featured in Horizon's and Blackbox Manifold's pages - some of the better poets writing in English today.

Another online magazine that's recently emerged in the UK is The Manchester Review, edited by the staff of Manchester University's creative writing course. The magazine published its second issue earlier this year, and has already featured new work from Sean O'Brien, Nick Laird and Conor O'Callaghan, among others. It looks like another strong addition to the best online publications around, and one which poets and novelists alike can publish their work in. Of particular interest to me were Nick Laird's poem 'Adeline' and Peter Armstrong's 'Breakfast at The Fisherman's Mission'. Check it out if you get chance.