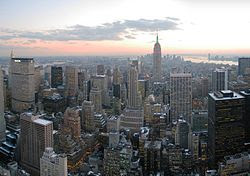 An interesting, varied and substantial biannual publication, The Manhattan Review has long been featuring exciting work by leading American, British and international poets alike, from John Burnside to D Nurkse, Pascale Petit to Les Murray, Ruth Fainlight to David Constantine, George Szirtes to Penelope Shuttle, and of course the late, great Peter Redgrove, who remained a regular contributor until his passing.

But of special interest in the latest issue, as well as work by Tim Liardet, John Kinsella, Polish poet Julia Hartwig and a number of those listed above, is an important feature – something of a welcome, occasional aspect of the publication, taking stock of trends and developments in contemporary poetry across the globe – in this instance, ‘Seventeen Young British Poets’, edited and introduced by Todd Swift.

As a successful editor – having put together Poetry Nation and 101 Poets Against the War, both of which featured a broad, eclectic sweep of established and emerging poets, as well as the Life Lines: Poets for Oxfam recordings – Swift’s selection is a thoughtful one, and his understanding of British poetry as a partial outsider (a Canadian living in London, both British and North American influences are much in evidence in his own poetic sensibility and attitudes) makes his introduction and its justifications an intelligently written and largely convincing read. The seventeen poets featured, then, are a selection of those which both Swift and co-selector Philip Fried (longstanding editor of The Manhattan Review) suggest are currently most successfully drawing from, developing upon, and in rich conversation with the complex poetic ‘schools’ that precede them, most obviously the British lyric tradition (whose current talented practitioners, as Swift notes, include Sean O’Brien, Don Paterson, Roddy Lumsden, George Szirtes, and Hugo Williams) and the more modernist-influenced British avant-garde, whose linguistically interrogative approach is perhaps best exemplified in the work of J.H. Prynne.

Though bold and, as with all such predictions, less than certain, then, the central claim to the selection is not an unreasonable one: that ‘every one of these poets would likely be found on a list of the thirty most impressive, or original, new younger writers to start publishing in the 21st century’. So who are these poets? They range from the lyrically gifted Jacob Polley to the linguistically dextrous Daljit Nagra, and span from recent Eric Gregory Award winners and other emerging voices to those whose recent prize-winning books are slowly helping to reshape, develop and evolve British poetry today. Among them are the playfully inventive wit of Luke Kennard, the quirky and fresh lyricism of Emily Berry, and the markedly contemporary suburban tales of Kathryn Simmonds. They are seventeen poets at varying stages of their still collectively early development as writers, and this feature gives a taste of their early output with two new poems by each, something which, to The Manhattan Review’s great credit, few other magazines have the space or ambition for (also worth mentioning are its regularly featured lengthy essays on contemporary poetry, as in the current issue’s ‘Smuggled Under the Threshold of Listening: Encountering Alice Oswald’).

It’s well worth picking up a copy of the Fall/Winter 2008/9 edition, then, which can be ordered from the magazine’s website here, not only for the important and interesting Young British Poets feature itself, but to sample the poems, essays and translations of a publication worth subscribing to.

Unknown said…
And I see the editor is published by Salmon press, here, so... what am I waiting for... did you order by snail mail... pity they don't have a electronic means of purchasing.
9:49 am

Ben Wilkinson said…
It is a shame, Barbara, and makes it difficult to get hold of for those of us outside the US. If you send the amount with sufficient IRCs as suggested, though, that should be fine, but if you have any questions, I'm sure the editor would be happy to answer them via email.

Otherwise, there will be a launch event for the magazine's feature in London, with copies available, as part of Todd's Oxfam Winter Poetry Festival '09:

The Manhattan Review Launch in London

With special guests Phil Fried, in from New York, and Penelope Shuttle.

Promises to be a good event. If you can't make it, I should hopefully be going so perhaps I could get you a copy and post it?
11:32 am

Unknown said…
How badly would I love to go?!? Don't tempt me... but sadly, the CEC (current economic crisis) won't let me.

I'll just have to settle for someone posting a report of the event and hopefully getting you to pick up that copy - I can send you some Irish journals in return - Poetry Ireland Review, The Stinging Fly and The SHOp..?

Unknown said…
Right. I had a think about this: I was hoping to get to StAnza & that's not going to happen unfortunately due to teaching commitments...so, I'm coming over after all - needs must when the devil drives ;)

Really looking forward to meeting you and hearing the poets on the evening... can't wait! :)
7:04 pm

Ben Wilkinson said…
That sounds great, Barbara, and it'd certainly be good to see you there. The only problem I have is whether work might get in the way of me attending the Manhattan event - quite a lengthy train journey from Sheffield to London, so I'm waiting on whether I'll be free on the Thursday and Friday, and also finding a mate's to crash at for the Thursday evening. If I can sort those out, I'll definitely be there!
1:21 pm

August 02, 2017
From the thumping heartbeat of the distance runner to the roar of football terraces across the decades, Ben Wilkinson’s debut confronts the struggles and passions that come to shape a life. Beginning with an interrogation of experiences of clinical depression and the redemptive power of art and running, the collection centres on a series of vivid character portraits, giving life to some of football's legends. By turns frank, comic, sinister and meditative – ‘the trouble with you, son, is that all your brains are in your head’ – these poems uncover the beautiful game’s magic and absurdity, hopes and disappointments, as striking metaphors for our everyday dramas. Elsewhere there are tender love poems, political satire and strange dream worlds, in an urgently lyrical book of poems that take many forms and modes of address: pantoum, sonnet, sestina; epistle, confession, dramatic monologue. All are united by a desire to speak with searching clarity about matters of the heart. Way More …
Post a comment
Read more